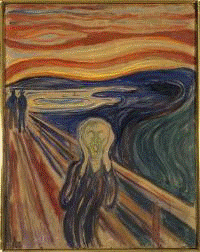 Over a period of time, I have realized that if we take note of the following points, it helps in managing and prepare us better to stand up to the dysfunctional office environment challenges : -

Reflection is the key : - Sitting back and assessing your office dynamics is the first step. Be observant in how your co-workers deal with one another. Recognize certain behavior which instigates bad office behaviour and how others react to the situation without interference.


Hold on to the impulse of Joining In : - Wherever there is a water cooler, coffee room or quiet corner there’s likely to be co-workers dishing dirt on one another. While it’s nearly impossible to exterminate this type of harmful behaviour completely, those in management positions need to make it perfectly clear that office gossip will not be tolerated. The first step to achieving this is to make certain you’re not a participant in the mud-slinging. This may mean avoiding the regular office haunts of those who like to gossip. If you do find yourself in a situation where work-related talk has turned to nasty gossip, you need to act fast.

Encourage Respect among Co-Workers : - One of the best ways to encourage a healthy work environment is to set a good example. Dealing with all co-workers and employees in a respectful and honest manner will go a long way in setting the tone for the office environment. Lead by example and deal with all employees in professional manner, even when they fail to do so. Never stoop to the level of an unprofessional co-worker. Deal with their bad behaviour as your office rules allow.

Avoid Rumour Mills : - Seek clarity from the leaders. Avoiding the rumour mill and keeping yourself on task with your own responsibilities can help you stay out of the undesirable stress. Also, finding allies in like-minded peers who stay clear of office gossip, rumors can help you deal with unwarranted office situations more effectively.

Don't allow 'bias' to creep in : -If you’re a manager, chances are you’re going to have a co-worker come to you with a dilemma that needs solving. Whether the problem is an employee not following office procedure or a workplace tyrant who’s making other miserable, you’ll have to find a diplomatic way of dealing with the problem. You must take the bull by the horns and find out both sides of the story, making sure you listen with a nonjudgmental ear.

Look within & watch out your attitutde : -The first thing to do is look inward at how your own attitude can affect the performance of others. Far too often, office managers are quick to point out faults and rarely offer a word of praise when something goes well. Annual Day isn't the only time to thank those on your staff for a job well done. Even underachievers can be motivated and instructed by mixing in an occasional "good work" with an explanation of what went wrong or why something needs to be done differently.


Focus on Strengths rather than weaknesses : - Another area of concern is to recognize strengths and help diminish the effect of weaknesses. Much in the way that someone with limited math skills has no business being an accountant, far too many office managers expect each member of their staff to be proficient in areas they may be particularly weak on. Never assume a level of competency in all areas from all members of your staff. Arranging for those with skills in one particular area to handle a workload that encompasses their abilities while displacing unrelated tasks is a wise choice when possible.

Show that you care : -Most employees, whether in an office or any other working environment, will perform better when they know someone is concerned about their performance. Likewise, knowing they have someone to go to when problems arise can help them develop a positive attitude toward their work, which can pay dividends not only for them, but for those around them as well.


In the end, an office is only as functional as all of us make it. While wiping out all forms of office dysfunctional behavior may not be practically / realistically feasible, you can keep yourself in tune with the working relationships of those around you and keep on top of problems as they arise.
Posted by Raj Gupta