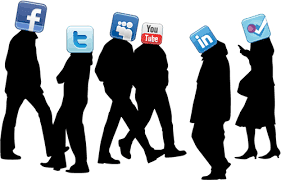 We all want to be successful, however, the Gen Y popularly termed as “The Millennials” wants to follow the shortest possible road to success. In this article, let me touch upon on the mantras of wisely managing expectations of the budding professionals & establishing strong foundation for their undeterred growth.

New college graduates are entering the workforce, having never known a world without computers, cell phones, email, or instant messaging. They have been brought up in a fast-paced, instant world that is always moving and changing. Their parents valued their opinions from the time they were toddlers and gave them choices, rather than making decisions for them. These younger employees are looking for innovative ways to complete tasks that may go against the grain of the older workforce. These people will behave in the most unconventional & unpredictable ways imaginable-intentionally or not. They claim to know everything about everything. Newer, younger employees have a loyalty problem, they constantly look for better opportunities elsewhere, or just get bored with their jobs. It is easy to lure them away. They might be offered more money and even if they like working here, it doesn't stop them from leaving.

Current trends indicate that the majority of twenty-something’s do job-hoping every 18 months - a phenomenon often blamed on restlessness.  Young employees also expect to move up the ladder quickly, which causes some friction and they are not shy about telling a boss that they want his or her job. That's a difficult attitude to accept for older employees who grew up valuing seniority & building strong foundations. While I understand that two-third of the employees think that they are better than their Managers but when reality bites they succumb under pressure. Let me outlines few thoughts that may help in nurturing the millennials to become more sticky and effective managers / leaders.

Establish strong Psychological Contracts - Initial stage of psychological contract formation take place in the anticipatory socialization stage. Employers may like to carve out specialized recruitment/on boarding strategies for young graduates.  The expectations that are managed in recruitment stage are likely to affect their psychological contracts after organizational entry. Moreover, depending on their career goals and other career-related factors, graduates approach their future employment relationship with different beliefs about what they should contribute and what they will receive in return.

Pygmalion Effect of Manager - He was clever only when people expected him to be! The Pygmalion effect, or Rosenthal effect, refers to the phenomenon that the greater the expectation placed upon people, the better they perform. In other words, once an expectation is set, even if it isn't accurate, we tend to act in ways that are consistent with that expectation. Surprisingly often, the result is that the expectation, as if by magic, comes true.  I believe it is easier to practice this with young graduates as they are on the embryonic stage of their career.

Lifestyle benefits - Wherever possible, allow Gen Y employees flexibility with physical environment, work life balance etc. Alongside work, fun at the work place is also important to them. Such opportunities help create instant bonding besides working as a  stress reliever.

Help them blossom - Be straight with Gen Y candidates and tell them what’s it’s really like to work at your company before they’re hired. Organization Culture which promotes the “Competing with oneself before competing with others” is able to retain the Millennials better.

The biggest mistake one can make is to assume that one and all graduates are the same. It is important that we as an HR professional MUST NOT  adopt a common yardstick for all rather we should learn about their individual strengths and weaknesses, their aptitudes and their passions, of whether their intelligence is prominent or that of a quiet but compelling variety, and at the same time, retain their interest and manage their boredom thresholds instead of allowing them to be lured by other corporations who may be able to provide one-on-one attention

Retaining smarter people may not necessitate firms luring them with prestige, added responsibility or increased pay. It may be enough to sustain them by managing their boredom thresholds. It is absurd to expect fresh graduates - even if they come armed with degrees from Harvard, Oxford or Cambridge - to be given accolades and be feted by making them instant managers or to be given preferential treatment; but placing them in the more dynamic sides of the corporation where they can maximize their skills of managing steep learning curves under a manager who is willing to both lead and mentor, is perhaps a workable and more effective solution.
Posted by Raj Gupta