Stop manufacturing your own unhappiness... 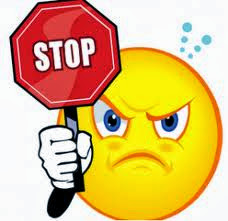 Some people have an expertise in manufacturing their own unhappiness. It is us who make the choice when we get up in the morning, either to be happy or un-happy during the day. There would be certain context and situations that may not be to your liking and we also have a tendency to stick to past comments / mistake of people. We need to nurture and ensure that we forget the mistakes of the past and press on to the greater achievements of the future.
Spend so much time improving yourself that you have no time left to criticize others. Be too big for worry and too noble for anger. It is easier said than done, however, when, practiced with right earnestness, it yields results and brings lot more cheers and adds effervescence to your countenance and disposition. Always believe in God that whatever he does, he does it for the better as it is a sure shot way to get the requisite calmness of both mind and intellect and future will certainly hold positivity.
Let me share a story here. Birbal who used to work for Akbar was in the habit of saying, Bhagwan jo karta hai, accha hi karta hai (Whatever God does, does it for larger good). Once Akbar injured his finger while cutting fruits and blood started trickling. When Birbal saw this, he said, Bhagwan jo karta hai, accha hi karta hai. This infuriated Akbar big time and he ordered that Birbal be put in jail.


Few days passed by, Akbar went for hunting and missed his way. Some people captured him and took him for human sacrifice. When they tied him and somebody was about to kill him, he saw that Akbar’s finger was cut. He immediately shouted, "he is not the right person for human sacrifice as his finger is cut". They released him.
After reaching his kingdom, Akbar felt thankful to Birbal and asked his policemen to release him. Once Birbal came back, Akbar said, Birbal, I agree with what you said that day that “Jo Bhagwan karta hai, accha hi karta hai, however, I am curious to know how it was good for you as for no fault of yours, you were put in jail".
Then Birbal explained,
"My Lord, I always remain with you and had I not been in jail, I would have been with you. Once they would have found that you are not appropriate for Human Sacrifice, they would have made me a suitable choice. My being in jail actually saved my life".
Hence, it is very important to have complete faith in Almighty and simultaneously become so strong that nothing can disturb our peace of mind.

If we start talking health, happiness and prosperity to every person we meet and start making all our friends feel there is something in them, start looking at the sunny side of everything, be as enthusiastic about the success of others as we are about our own, life would be better off. So always thrive for happiness and peace in all situations and be "bindaas" while being cognizant of other people sensitivities and your own surroundings.
Posted by Raj Gupta