Must know for HR....Basic understanding of Business Finance - Part 8

In business, words are words; explanations are explanations, promises are promises, but only performance is reality.Harold S. Geneen 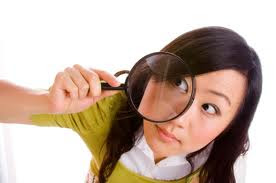 Having understood some general economic terms like Bank Rate, Recession, GDP, Government Bonds, Quantitative easing, Market Capitalization and also getting a hang of relationship between economic consumption and investment, financial statements, Ratios etc.  it is important that we understand Performance Measures that are key to Corporate Success. While there are innumerable measures to analyse corporate performance, the market is most interested in profits. This is logical, because without profits, there is not much value in a listed company. But there are other important financial numbers too. Let’s look at them.

Break Even Analysis :  Break-even point (BEP) is the point at which cost or expenses and revenue are equal: there is no net loss or gain, and one has "broken even". A profit or a loss has not been made, although opportunity costs have been "paid", and capital has received the risk-adjusted, expected return. Break even analysis can be a substitute for estimating an unknown factor in making project decisions. If most expenses are known, the other two variables, profit and demand, may be varied. The analysis can help determine the cash flow the level of demand needed and what combination of price and demand will yield the hoped-for-

Operating Profit: This measures the profitability of the core business and is roughly expressed as sales minus all costs except interest, depreciation and taxes. Income from other sources (such as sale of property) is excluded. Derived from operating profit is operating profit margin (OPM), which is OP as a percentage of net sales. OPM measures the strength of the business relative to a period, competitor or industry average. Operating profit is the most important measure of performance and not net profit or PAT.

Profit after Tax (PAT): Also called net profit, Profit Margins. Profitability varies from one sector to another and determining the fundamental worth of a company, margins are the only way to compare across sectors and within a sector. Highly profitable companies such as software companies can have an operating margin of 35% and above. Operating profit and OPM are the best measures of efficiency, cost pressures and the core strength of operations. The gross profit margin or gross margin is just another measure of profitability, which takes into account financing costs. Net profit margin is what is left after all costs are included including taxes. It is often distorted by taxes, interest costs and other income and so a mechanical comparison of net margin even among companies within the same sector makes no sense.

Earnings per Share: The most important measure according to the market is earnings per share (EPS). EPS is expressed as net profit (profit after tax) divided by the number of shares. EPS can be distorted by adjustments and other income as reflected in PAT. But a continuously rising EPS is one of the most reliable predictors of future price rise.

Cash Flow: Cash flow is the movement of money into or out of a business, project, or financial product. It is usually measured during a specified, finite period of time. Measurement of cash flow can be used for calculating other parameters that give information on a company's value and situation. Reported PAT and EPS may not show a clear picture as PAT is an accounting number arrived at after lots of adjustments. Smart investors prefer to focus on operating cash flow, which is a little complicated in calculation. A company can show healthy PAT but may have a poor or negative cash flow. PAT will not reveal this internal weakness. Negative cash flow also indicates that there is a fundamental problem with the operations: either the profitability is too low or money is stuck in high inventories and receivables. Companies that do not generate healthy cash flows are bound to run aground.

Return on Equity: Companies that are generating profits more efficiently than others are obvious favourites. One number that can identify such companies is Return on Net Worth, which is known internationally as ‘Return on Equity’ (RoE). It is PAT as a percentage of total shareholders’ funds or net worth. ‘Equity’ in this case is net worth and is calculated by adding reserves to equity capital. RoE shows how profitable the business is for shareholders and how efficiently the company is using the shareholders’ funds. RoE is an important driver of long-term value, subject to market moods and fancies. A rising RoE helps investors determine if a company is earning enough money on an incremental basis.

Return on Capital Employed: RoCE is calculated by dividing profit before tax and interest by capital employed. Capital employed is the total of all equity and preference capital, reserves and all debt. As opposed to RoE, which measures only the return on shareholders’ money, RoCE measures how the entire money invested in business is doing. RoCE is best compared to the cost of borrowing. If the interest on fixed deposits is earning 11% whereas a company is earning just about 13% as RoCE, clearly it is not a great business for shareholders. RoCE is low for companies that are capital-intensive. For companies with insignificant debt, RoE and RoCE are the same. RoCE has little impact on stock prices by the time it is known and is used only in case of valuing companies during a takeover.


Return on Assets: This is a measure of how much the assets are producing for the company. RoA is simply net profits divided by total assets and reflects the efficiency in making its assets sweat. As in case of RoE and RoCE, the benchmark for RoA is interest rates or the cost of company’s capital. RoA also exposes whether the company has too much of debt, a fact that RoE may not be able to capture. RoA, like RoCE may be best used in valuing assets for buying and selling.


Dividends: Regular dividends to shareholders gives them confidence that the company is in sound financial health. When dividends are increased, the message is that the company is prospering. This in turn stimulates greater enthusiasm for the stock. The payout ratio shows the percentage of net earnings being paid as dividends. It can range from zero at companies that pay no dividends to more than 100% when companies are earning lots of cash and cannot re-invest them.

Other Indicators: One key indicator of superior operational strength is how fast the company is turning over its inventories and receivables, which reflects the efficient use of capital. These can be measured by a specific ratio: number of days of average inventory or debtors. The first is arrived at by dividing the cost of goods sold by average inventory while the second is arrived at by dividing sales by average debtors. The average figure comes from adding the opening balance and closing balance of inventory/debtors and dividing it by 2. The lower the number of days for which inventory and debtors are held, the better it is. Even better, if the number shows a falling trend, it means that the company is squeezing more and more out of debtors and stocks. If a company’s collection period is growing longer, it means that it has dumped its products on the market and is unable to recover the money now. These numbers really make sense when compared to other companies in the same sector.

With this I would conclude this series and hope this has given you a broader sense of Business Finance which has become  must know for all Leaders / Managers including but not limited to  Human Capital Management professional.
Posted by Raj Gupta