How The Leader in Me deal with organizational power and politics....

Nearly all men can stand adversity, but if you want to test a man's character, give him power. -Abraham Lincoln 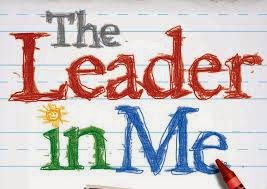 Leadership is at its core all about power and influence. Leaders use their power to get things done. Power is usually attached with negative connotation, however, as a matter of fact, everyone wants to be powerful. Though power is not a negative thing, it depends on what kind of power a person has and how he uses or abuses it which makes it positive or negative. That is why it is rightly said that the true test of a man's character is when he is in a position of power. Also it is largely believed that it is not power that corrupts but fear. Fear of losing power corrupts those who wield it and fear of the scourge of power corrupts those who are subject to it.


We often witness that politics and power are very closely associated. In an environment where obligations are created, groups  are formed, information is controlled by few individuals, high tolerance of politics, people blame each other, no serious consequences for non performance, decision making is complex, ambiguous and haphazard, people are prone to blaming, paternalism and patronage are seen as stepping stone, networks are cultivated for scoring self goals  In such scenarios, negative politics thrives and trust of workforce in leadership depletes. Hence, It is imperative for leaders to be cognizant of these signs and inculcate a positive and conducive work environment so that the employees are committed and compliant and an eco-system is created whose bedrock is nothing but meritocracy.

We also witness that many people in some way or the other want to be associated with powerful people. People close to powerful Leaders tend to believe that they are powerful themselves. It is the sense of power which is gained by knowing and being listened to by influential Leaders which they thrive for. They always look out for the ways and mean to make powerful leaders happy; forgetting in the course their core job is to ensure that they make their Leader look good in other eyes rather than spending their time and energy in looking good in his / her eyes.

It is a well established fact that an increasing connections and mastering political networking leads to a greater potential for connection power. A person with connection power has to tread cautiously as people around him / her may not respect him immediately until he earns hi stripes and god forbid, if this power is used just to show authority, throw weight around and serve individual motivation and self goals, not only can it destruct the image of that person but also the leader who he / she is associated with.

Good leaders also at time get intoxicated by power and fault and engage in avoidable behavior only because they think that they can get away with it and get themselves subjugated to pleasantries. Next line also tend to abide by ensuring and tending to their short term interests.  I witnessed one such scenario in my professional career where a very promising Leader at a position of significance fell for pleasantries and chose  quantity over quality, shallowness over depth, impropriety over propriety resulting a serious damage to business interests. Of course over a period of time, he was booted out, however, it was too little and too late.

Hence it is imperative for the Leaders to watch out and ensure that while there is no "abuse of power", at the same time they should be conscious about not extending  "power to abuse" to  such people. They must foster an institution of trust through an environment where people grow because of meritocracy and not because of connections, personal loyalties and pandering to individual liking.