Should Leaders Enjoy Comfort of Opinion Without Discomfort of Thought? 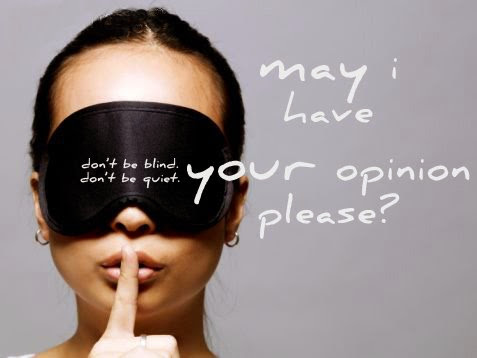 “If someone isn't what others want them to be, the others become angry. Everyone seems to have a clear idea of how other people should lead their lives, but none about his or her own.” ― Paulo Coelho


Opinion may be the result of a person's perspective, understanding, particular feelings, beliefs, and desires. It may refer to unsubstantiated information, in contrast to knowledge and fact-based beliefs. Few questions comes to mind - Does opinion of people around you matters? Yes it does. Having a low opinion of self is modesty?  In my view answer is "No". While opinion do matters, however it is imperative that we use our discretion while seeking them.

It is ironical that most of us want to stand out of the crowd and make our mark as individuals however only feel comfortable with the sense of inclusion in the group.  . There is a thin line difference between pride and proud. Being proud of one's uniqueness is not ego.

Many times, we are too bogged down by what others think specially upwards management and peer group. We tend to take as many opinions as we can before we take a decision and in the process loose the track of times.

When we too often rely on opinion of others we start making decisions from their mind and tend to play safe and work around things highlighted by others, more so to have their buy in and to be part of the larger group.  At the same time, we start losing our perspective and lose  track of reality or ground level situations as opinions come handy and we do not have to put effort of gathering our thoughts from real time scenarios.
There are some people who are not too bothered about what others think about them.  They are self motivated and do not need external force to drive them.  Irrespective of what situation and what working conditions they are put through they find their way, create their rules and people around them get influenced by their aura and start emulating them over a period of time. They primarily are thinkers and thought leadership is their core competency.  Such people do not hesitate in challenging the status quo and bring about change.  They would be farsighted and would be able to anticipate outcomes of decisions. 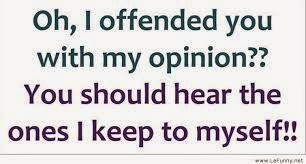 It is also true that when you reach closer to top you lose connect with ground reality and it becomes imperative that you rely on other’s opinion to assess situation, however there is a good possibility that people who are giving opinion are not apt enough or have some hidden interest and do not give you the true picture of the situation.  At that time it becomes even essential that time and again you do a reality check yourself and look at the world from your eyes.
Ancient history is filled with great example that are worth emulating. King Ashoka who used to disguise himself as common man and roamed on the streets of his kingdom to get a true picture of what masses were going through rather than completely depending on his people and blindly believing what he was being told.  Not going that far, we even witness companies reaching out to larger employee base and doing a sense check of implication of certain policies even before they are launched or take feedback from them in the form of surveys to get the sense of ground reality.

Though effort is more and you will have to move from your comfort zone and gather facts, analyze, think through, than just depending on a group of individuals for their opinion however your decision would be just and fair; you will be looked upon by others and will further sharpen your thought leadership which shall help you command respect of your workforce due to your disposition instead of demanding it due to your position.
Posted by Raj Gupta