"Business and growing jobs is about taking risk, sometimes failing, sometimes succeeding, but always striving. It is about dreams. Usually, it doesn't work out exactly as you might have imagined. Steve Jobs was fired at Apple. He came back and changed the world". Mitt Romney 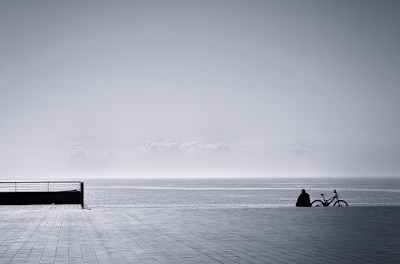 Saima has few offers in hand, however, despite a better opportunity which offered a significant challenge and growth both in terms of position and compensation, she was filled with glistening eyes as she did not want to leave an existing organization as affinity with colleagues was pretty strong.

Manager spoke to her and told that she should take some-time out and think through the offer versus the relationships. She said, with determination, Sir, I believe

Lot of us keep thinking a lot and do not make a decisive move and that hampers our growth.I remember a story which goes as follows :

A bird was not flying in the kingdom of a renowned king. The king called his minister and ask them to make an arrangement to help fly the bird, however, when all the ministers fail to make the bird fly, the king called up a villager and asked him, whether he can help. the villager said, it should not take more than 15 minutes to make the bird fly.

The villager was successful in making the bird fly. The king called him to check what he did to the bird to make him fly. The villager said, My Lord, it was not very difficult. I just cut the branch on which the bird was sitting".

This story emphasize the fact at times we become far too conscious of our surrounding and incessantly worry about what if.....and that feeling of what if mitigate our risk taking capability and hence stifle our growth. We at times tend to spend lot of time churning out excuses instead of putting our past behind and getting on with our future endeavour.
Posted by Raj Gupta