Help Others to help yourself! Oleg & Brigette Have Set an Awesome Example to Emulate!

Of late, I have seen a lot of posts by LinkedIn influencers talking about helping people in job search by extending their reach into their network. Oleg Vishnepolsky & Brigette Hyacinth have taken the lead on this and are showing the way to fellow linkedIn connections. I was quite impressed to see the quote shared by Adam Danyal in one of his posts.

"individually, we are a drop. Together, we are an ocean" Ryunosuke Satoro 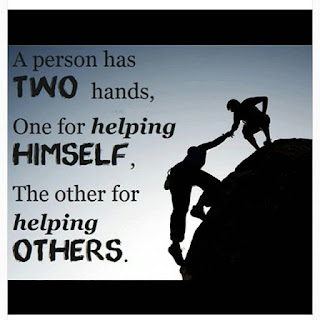 Business landscape is shifting and so the future of branding and also the way jobs are searched. The power of networking is par excellence and its leverage by both Oleg & Brigette is highly commendable.

They both have built network of over a million followers and helping job seekers, extending helping hand to people who need help and providing thought leadership in a compassionate and empathetic way.

This brings to mind, a story that I read quite sometime back published by Abhishek Kapahi

"A man was driving his car, when he saw an old lady, stranded on the side of the road. He saw that she needed help. So he stopped his Pontiac near her Mercedes and got out.


He smiled, while he was approaching her, still she was worried, as nobody had stopped for hours. Moreover, he did not look safe, as his appearance was so poor and shabby. He could see, how frightened she was, so he tried to calm her:

"I‘m here to help you, don‘t worry. My name is Bryan Anderson".

The tire was flat, so he had to crawl under the car. While changing the tire, he got dirty and his hands were hurt. When the job was done, she asked how much she owed him for his help. Bryan smiled. He said:

"If you really want to pay me back, the next time you see someone, who needs help, give that person the needed assistance. And think of me".

A the same evening, the lady stopped by a small cafe. That place looked dingy. Then she saw a waitress, nearly eight months pregnant, wiping her wet hair with a towel. The waitress had a sweet friendly smile, although she had spent the whole day, on her feet.

The lady wondered, how someone, who has so little, can be so kind and giving to a stranger. Then she remembered Bryan. The lady had finished her meal and paid with a hundred dollar bill. The waitress went to get change and when she came back, the lady was gone. She left a note on the napkin:

"You don‘t owe me anything. Somebody once helped me, just like now I‘m helping you. If you really want to pay me back, do not let this chain of love end with you". The waitress found four more one hundred bills under the napkin. 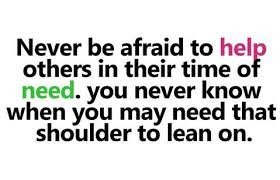 That night the waitress came home earlier. She was thinking about the lady and the money she left. She was wondering, how the lady could know, how much she and her husband needed it? Especially now, when the baby will soon arrive. She knew, that her husband worried about that, so she was glad to tell him good news. Then she kissed him and whispered

"Now everything will be all right. I love you, Bryan Anderson".
Posted by Raj Gupta